In the future, as everyone can see in a computer enhanced way, how will those enhanced sensory capabilities communication between people? How might language itself evolve, as children will be able to augment speech by drawing their ideas directly in the air, and gestures can trigger simulations as part of speech itself? In our Holojam project, participants wearing light-weight untethered VR headsets, tracked via Motion Capture walk within a shared alternate reality, see each other as avatars, and draw in the air. Physical and virtual objects are intermixed. This research was demonstrated at SIGGRAPH 2015: http://mrlholojam.tumblr.com/

In our Chalktalk project, people can sketch freehand drawings to create complex simulations. We are integrating Holojam and Chalktalk to prototype visually enhanced communication capabilities for future reality. We will make these techniques available to other research groups in the larger “Consortium for Future Reality”

Dr. Ken Perlin– Professor at New York University is renowned for his contribution to computer graphics and applications in film and entertainment. He was awarded the technical Oscar in 1997 for his work on noise and turbulence procedural texturing techniques, which are widely used in feature films and television. His current projects, Holojam and Chalktalk, which showcase the use of sensors and head mounted displays for shared alternate reality with a mix of physical and virtual objects are of great relevance to our workshop on Elastic 3D spaces. This presentation reflects on how the scenographic screen, as a spatial, social and politicized element, provides a stage upon which practicing artists can inscribe and address the pervasive geo-cultural, geo-mythical and geo-political issues of our time. It focuses on performance ensembles (such as Rimini Protokol, Toneelgroep Amsterdam and Artists Without Walls), who adopt and adapt screens as reflexive and performative means of contacting the pity and terror, previously withheld by old and new media, returning liveness to a mediated world through what Jon McKenzie names ‘loveness’.

Dr Dorita Hannah is Research Professor in Interdisciplinary Architecture, Art & Design at the University of Tasmania (Australia) and Adjunct Professor of Design for Stage & Space at Aalto University (Finland). Her creative work, teaching and research focus on the intersection between performance and environments with her publications and design practice negotiating the spatial, visual and performing arts, for which she has gained awards and citations. Dr Hannah sits on several international editorial and governing boards, is a member of the Prague Quadrennial’s Artistic Team and co-chairs the Performance+Design Working Group in Performance Studies International for which she co-curated the globally distributed Fluid States project throughout 2015. Focusing on ‘event-space’ Hannah’s scholarly and artistic work investigates how the built environment housing an event is itself an event and an integral driver of experience. 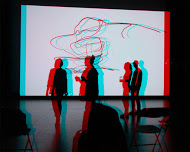 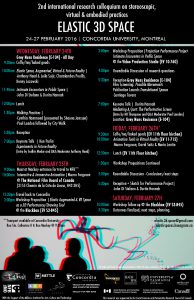 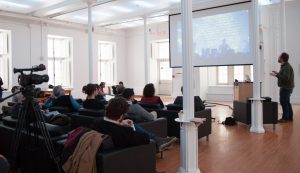 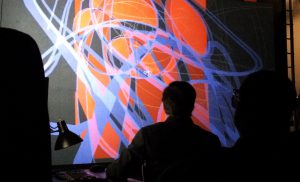 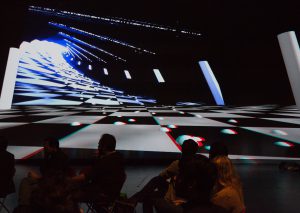 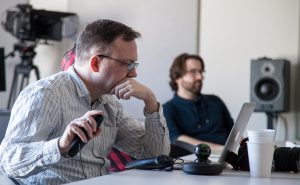