Experimental conversations in movement: on foot and on line, sense-ing, sharing, gathering, revealing something of Bath’s reluctant heritage. An invitation to join a curated performative walk producing and exploring embodied knowledge as part of socially engaged practice.

Bring you smart mobile device. If twitter account , send Richard a @tag and use #walknow & #ESUK2017 during the walk. Through the VR session, Virtual Narratives of Dislocation, the Elastic Spaces team led by Santiago Tavera in collaboration with Ana Ferguson, Francisco Gonzalez and Philippe Battikha, will construct a virtual environment that simulates experiences of multimedia dislocation. This interdisciplinary project investigates notions of digital re-presentation, virtual translation, cultural narratives, media illusion and spatialized sound. The project consists of using  the Orah 4i- 360° camera to digitally broadcast live an audiovisual immersive installation at Bath Spa University. Participants will be invited to be part of this process during the two hour session, from the VR workflow with the 360° camera, the creation of the immersive environments with projections, lights and sounds, as well as, the broadcasting of the work live on VR headsets, and on social media platforms such as Youtube. In its entirety, the project combines narratives of belonging and displacement with experimental VR and digital techniques to forge an intersection between personal experiences of displacement, and the construction and experiencing of virtual environments. 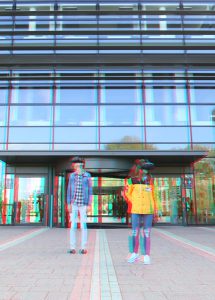 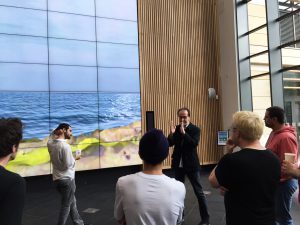 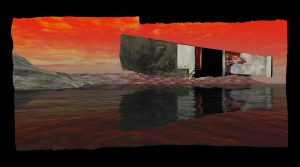